Last year during the craziness of Force Friday, fans tried to satiate their desire for anything Star Wars with new toys, coffee mugs, shirts and books. In all the mayhem, one book stood out from the rest as the one that people could not wait to devour, Aftermath. This was going to be the start of the new canon, the story of what happened after Return of the Jedi and set up for The Force Awakens. Sadly the reception for the first book, a planned trilogy, was lukewarm at best, leaving fans hoping that the second book would redeem the series.

There are a couple of interesting themes in the book. The first is the way in which the Empire looks to reestablish itself after all the losses it has sustained. It’s idea, propaganda.They will just feed the populous a fictitious narrative backed up by various acts of staged benevolence to sell the facade. There is an exchange in the book between Rae Sloane and and Gallius Rax that feels chillingly familiar,

“He stops her there. “Rae, do you know much about opera?”….“I know opera, though I am not an enthusiast.”
He clasps his hands together. “Become one. It will make our partnership more rewarding for you. Opera moves me. And yet none of it is real. Therein lies the crux of what you need to understand: Something does not need to be real for it to have an effect. The instruments and song, the drama and melodrama, the pathos and tragedy. It’s a lie. A fiction. And yet what happens on the stage speaks a kind of truth just the same. Facts and truth are separate things. I am more interested in truth than I am fact. I am comfortable with artifice when it suits our needs. And here, it does.”

The idea of truth as weaponized artifice created at will, and that facts are not really important, is the best theme of the book.

Second main theme is the struggle of the New Republic to establish itself in the galaxy, finish the war with the Empire and continue to bring freedom to enslaved planets. It is clearest in the character of Mon Mothma and her reluctance to liberate Kashyyyk or to truly see what needs to be done to finish off the Empire for good. She’s become tired of war, looking at people as numbers in equations instead of living beings with a right to life. She’s looking for ways to demilitarize before the war is truly one, sticking her head in the sand and crafting a narrative for herself that they’ve done enough. It’s powerful, poignant and sadly all too commonplace today. The theme is crystallized in Leia’s conversation with Mon Mothma,

“We argue,” Leia says suddenly, “about whether it is the time to build up the military or to dampen its effect. And all the while we forget that we have the privilege of arguing from comfortable chairs many parsecs away. We argue about what’s prudent or what’s practical while people suffer. Do you know what people want to see from the New Republic? Do you, truly?”
Mon cedes the floor. “Please.”
“They want us to be heroes.”
A moment passes where everyone chuckles uncomfortably. At least until they realize she’s quite serious.
Mon says: “I know. You’re not wrong. And you are a hero, and you helped us all be the heroes needed to get to this point. But such passion and idealism have to be tempered by reality. This is a government. It has a lot of moving pieces.”
Leia stiffens. “And that is where we’ll fail. This isn’t a machine, Chancellor. When did we start to see this as a government and not a collection of people helping people? We’ve started seeing…territories and battle logistics and votes. We’ve stopped seeing hearts and minds and faces. The more we do that, the more we lose. Of ourselves. Of the galaxy”

Frustratingly, the themes of the book are not truly fleshed out to really give them the resonance they deserve. They are there and that is a positive, but they lack the followthrough to ring clear as they should.

The story is pretty simple. A new leader begins to emerge in the fractured Empire, who has  a plan to destabilize the New Republic. His plan has it’s fingers in every part of the story as he channels his inner Palpatine, using Han’s desire to liberate Kashyyyk in an attempt to deal the New Republic a serious blow and weed out road blocks in the Empire to his rule.

One of the complaints about Aftermath was favoring new characters over established ones, and that failed to resonate. In Life Debt, readers are given more Han, Leia, Mon Mothma, Wedge, Chewie and a few others; this should be a plus.

The problem is they are not written in a recognizable way and they lose any recognizable voice (except Chewie). When using established characters, the most important thing in tie-in fiction is to write them so they sound like themselves. When you read the dialogue, you should be able to hear the actor’s voice. 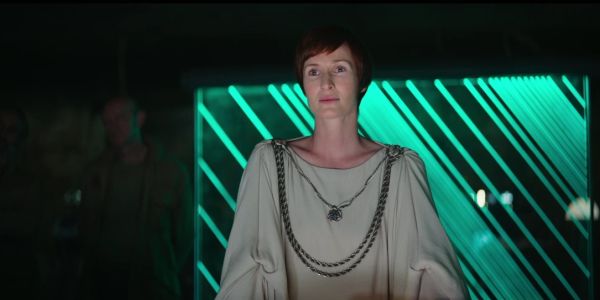 The new characters do not fair much better. Norra Wexly and her motley crew are relegated to CW melodrama, as bad romances are popping up all over, plus there is a twist worthy of Days of Our Lives. Unfortunately these characters are just not given interesting arcs or written well enough to be stimulating.

Life Debt is all over the place. It lacks the focus to tell a good story. There is too much going on and none of the stories feels coherent enough to be satisfying. The best storyline is about the Empire as it slowly morphs into what will become the First Order. If this had been the major focus, like Lost Stars it could have been great. I had hoped that with the release of The Force Awakens that Life Debt would benefit from more freedom and opportunity to give us the old characters.

Sadly it all feels as hollow as a burned-out wroshyr tree. Life Debt is rated 2 out of 5 stars.