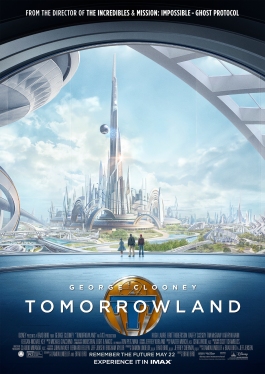 Imagine a world where all the artists, dreamers, scientists and forward thinkers joined leagues and created with reckless abandon. They made the most incredible things, away from the status quo, away from politics and bureaucracy, nothing to hold them back. This is Tomorrowland. Now that you’re imagining this most incredible place, imagine they invent the ability to see the future, our future, and that it ends much sooner than we think. This is Tomorrowland, this is Brad Bird’s new film that challenges where we are and where we could be if we are willing to make a change.

Waitin’ on the World to Change

There is something wrong with society. We see it all around us. We might have the coolest tech around our wrists,but we’re also saddled with major issues like obesity and starvation. NASA installations are dismantled as the present is our only concern. It’s as if we are waiting on the world to change, yet are unwilling to lift a finger to make it happen. Tomorrowland brilliantly shows us the problems that arise when good people just wait on the sideline and illustrates what could happen if we were willing to sacrifice now, for something better in the future.

The film is not subtle with this point and nor should it be. All around us the greatest tech we’ve ever created is in the pockets of everyone, but what does it really benefit the future? How does having a smart phone truly change or inspire the world to improve? Instead, we’ve only become consumed with consumption. We want now, the immediate pleasure of owning the latest gadget, without any thought to if this is the best use of our resources or to whether these devices actually make the world a better place for their existence. Why we create and what we create looms as a massive question and a major responsibility — not necessarily one being asked or respected.

Tomorrowland challenges us, as Interstellar did last year, to think about the future. Is the lack of exploration of our solar system really the best idea? Are smart phones and watches really the smartest uses of our energies? Or might we think of better ways to build cities, roads, grow crops and plan for a future that extends more hope for more people? It is possible with time, patience, creativity and sacrifice. Unfortunately sacrifice is not really a term our modern society embraces.

There does seem to be a loss of perspective; thoughts of tomorrow have been replaced with an obsession over what can be accumulated or acquired for immediate pleasure. A mandate was given at the beginning of time to take care of the earth and steward it. We were meant to create and foster life all around us. Inspiration used tocome from places like NASA, where the impossible seemed possible. Where the undiscovered country of the future was just a shuttle ride away. Technology was about making the world a better place, not just a more convenient one. Tomorrowland reminds us that we are all in this together, and not just now, but for the generations to come.

One of the biggest themes of the film is that of hope and its importance to creativity and planning for the future. Without hope it is easy to become myopic, fixated on the present and trying to survive. Ideas need to be challenged. New blood needs to be introduced so intelligent people are roused out of the malaise of their genius to see something in a whole new way. Casey is able to do that for Frank in the movie. She is able to help him have hope again and evaluate problems from different angles and in doing so, change the future. It brings to mind the wonderful quote from Galadreil in The Fellowship of the Ring, “Even the smallest person can change the course of the future.” Casey is that person in Tomorrowland. She’s full of life and the idealism that leads her to strive for understanding which then enables her to make an impact on the world.

Fostering hope is a big task. Getting to a place where the here and now are not the only things that people care about calls for a massive reordering of priorities. We can have a positive impact but only if selfishness and greed cease to be the motivations that drive what we do. Ultimately, such a shift requires a change in the core of our being.

Let love be genuine. Abhor what is evil; hold fast to what is good. Love one another with brotherly affection. Outdo one another in showing honor. Do not be slothful in zeal, be fervent in spirit, serve the Lord. Rejoice in hope, be patient in tribulation, be constant in prayer. Contribute to the needs of the saints and seek to show hospitality. Bless those who persecute you; bless and do not curse them. Rejoice with those who rejoice, weep with those who weep. Live in harmony with one another. Do not be haughty, but associate with the lowly. Never be wise in your own sight. Repay no one evil for evil, but give thought to do what is honorable in the sight of all. If possible, so far as it depends on you, live peaceably with all.  Beloved, never avenge yourselves, but leave it to the wrath of God, for it is written, “Vengeance is mine, I will repay, says the Lord.”  To the contrary, “if your enemy is hungry, feed him; if he thirsty, give him something to drink; for by so doing you will heap burning coals on his head.” Do not be overcome by evil, but overcome evil with good. Romans 12:9-21

Brad Bird really delivers with Tomorrowland. He’s created something magical with the power to remind us of our calling to live not just for now but for the future. George Clooney may be the big name here but it will be Raffey Cassidy that will steal your heart. It’s nice to see an original movie, not in a franchise, be good. Movies like this need the support if we are to get more original films. Go see it and revel in the joy of imagination and hope for the future. Tomorrowland is rate 4 out 5 jetpacks. 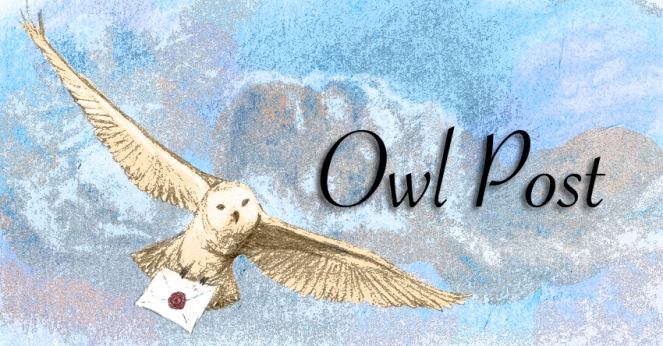 DENVER — The Romney camp began flooding into the post-debate spin room before the candidates had given their closing arguments. They couldn’t wait to start the gloating. “Governor Romney was the clear winner,” crowed his strategist Eric Fehrnstrom. “If this were a boxing match, it would have been called by the referee.” And: “Someone should check the heels on President Obama’s shoes. They’re probably pretty worn down, because he just spent 90 minutes back on them.”

At Least 5 Things Scripture Teaches Us About Governments:

Government is one of the facts of life in this world. All of human history has shown that we need to be governed. Not surprisingly, the Bible speaks to government. Here are five things the Bible teaches us.

Everything Is Not OK (on Parenthood)… the Bad Thing Is Already Happening:

Have you been watching the new season of Parenthood? This show continues to deliver the goods, which mostly come in the form of true-to-life suffering, chaos, loss, and grace, love, and peace amidst it all—very much in line with the Mockingbird conference last week in Charlottesville.

The most recent episode’s title says so much: “Everything Is Not OK.” It refers to the startling news that Kristina Braverman has received (I used to find Kristina’s character fairly annoying, but she has been endearing herself to me lately, mostly due to her present suffering), namely, that she has breast cancer. In this episode, her husband Adam Braverman’s relentless positivity is met with the reality of Kristina’s situation. The irony is his positivity only serves to make her feel worse, and thus she no longer wants to talk to him.

HOW TO CULTIVATE FRESH FAITH IN THE GOSPEL:

There are times old, memorized Bible promises just don’t help me trust Jesus. I recite them in the face of temptation, but nothing. No power, no belief, no victory. Is this because Jesus isn’t trustworthy? After all, “For all the promises of God find their Yes in him. That is why it is through him that we utter our Amen to God for his glory” (2 Cor. 1:20). Why aren’t they “amen-ed” in my heart in the face of temptation of despair? Is there something wrong with my Bible? Or maybe Jesus only occasionally makes good on his promises? That, of course, contradicts God’s Word, and we must always interpret the Bible in light of the rest of the Bible.

Already this presidential race has provoked countless controversies. The party conventions exposed a diverse range of value systems, worldviews, and religious convictions regarding marriage, sexuality, sanctity of human life, and human dignity. Various factions clamor to define the future of our nation. And the ongoing jobs crisis perhaps makes economic debates more germane and inescapable than ever.

The Lyrid meteor shower; if you missed it last night.