How to Destroy Your Marriage Before It Begins:

Tim and Jess had only been married for eight months, but the honeymoon was most certainly over. The sweet conversations that once marked their relationship had been replaced with constant bickering. Their laughter had dulled, and their distance had grown. Their sexual intimacy had almost ceased.

A Referendum on Midlife Friendships: 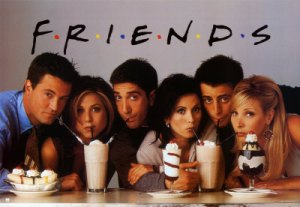 “We haven’t seen them in a while,” I hear myself observing every few weeks, usually in reference to friends with whom my wife and I have lost touch. Most of the time, the estrangement is purely logistical, schedules being what they are in a house with two working parents and two napping toddlers. But guilt nevertheless sets in and triggers defensiveness. Soon platitudes like “it takes two to tango” or “life happens” are being trotted out and before long, you’re castigating yourself or the other person(s), possibly deconstructing society as a whole, and any chance of reconnection has been essentially nullified.

On the Power of Story with a New Fiction Writer:

Reading fiction is fun, but is it wise? Doesn’t Scripture tell us that life is a vapor, and that we need to “make the best use of the time” we’ve been entrusted? Can reading a novel count as a valid, even wise, use of time?

Vince Gill Gets Told One More Time About Jesus (and Divorce):

This week country music star Vince Gill made news for his confrontation of the Westboro Baptist protesters. While this ‘colorful’ group of believers normally likes to target military funerals, this week they had their sights set squarely on Gill and his adulterous ways. But when they showed up to protest at his Kansas City concert last week, Gill decided to confront and engage with them. As he approached the group one female protester asked him, “What are you doing with another man’s wife? Don’t you know that divorce plus remarriage equals adultery? Jesus said that.”

Mumford & Sons Taking a Break for the ‘Foreseeable Future’: 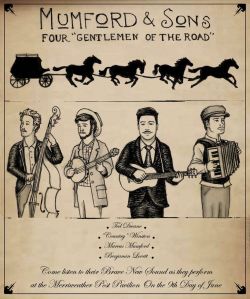 It’s a dark day for Mumford fans—a time to hang up your suspenders, pack away your kick drum and put your banjo back into storage. This weekend the group announced that they would be stepping back from touring and making music for “the foreseeable future.” Keyboard player Ben Lovett told Rolling Stone, “We just know we’re going to take a considerable amount of time off and just go back to hanging out and having no commitments or pressure or anything like that.” Though Mumford & Sons didn’t say they were permanently breaking up, we’ve probably heard the last from the Grammy-winning gentlemen of the road for a while …

The vice presidential debate was uniquely important because if Paul Ryan won it or did well, the Romney-Ryan ticket’s momentum would be continued or speed up. If he did not, that momentum would slow or stop. So the night carried implications.

Everyone’s favorite British folk band, Mumford and Sons, and their latest album, Babel, have been a hot news item since the album was released a couple of weeks ago. Depending on who you ask, the band’s music is heartfelt and refreshing, beautifully expressing the human desire for love and grace or maudlin and mediocre, only created to prey on the sentimentality of the general population. Two recent articles on the band illustrate the variety of opinions that have been voiced about Babel and the obvious religious symbolism in the group’s music: the first, “Mumford & Sons Preaches to Masses”, from NPR’s Ann Powers (which DZ mentioned on Friday), speaks to the band’s power to bring religious ideas to the public; and the second,“Mumford & Sons and the Death of Church Music”, comes from The American Conservative’s Jordan Bloom, in a direct reply to Powers’ article, where he connects the vapid sentimentality he sees in contemporary worship music to Mumford and their music. Both of these articles are interesting reads, and they address what I see as the central theme of Mumford and Sons’ music: their incredible ability to introduce Christian and religious symbols to a large audience, imparting grace and hope to their listeners.

Our Glorious Ruin: Tullian Tchividjian on the Suffering that Sets You Free:

Ever since the revolt in Eden, suffering has been inescapable. All of us live and move and have our being amid the wreckage of the Fall. Pain—universal as it is real—haunts us, stalks us, plagues us.

In his new book, Glorious Ruin: How Suffering Sets You Free (David C. Cook), Tullian Tchividjian offers a unique angle on this perennially vexing subject. Rather than focusing on the why or the how of suffering, Tchividjian zooms in on the who, demonstrating that the answer to our pain isn’t finally found in a syllogism but in a Savior—a suffering Savior. If your faith is stirred by this interview and the book, come to Orlando next April to hear Tchividjian lead a workshop at The Gospel Coalition 2013 National Conference on “How Suffering Sets You Free.”

I corresponded with Tchividjian, pastor of Coral Ridge Presbyterian Church in Fort Lauderdale, Florida, about why we need another suffering book, the importance of pressing past why, how the gospel informs our pain, and more.

‘Star Wars: The Clone Wars’ brings the Dark Side to Saturdays:

When animator Dave Filoni was handed the reins of George Lucas’ computer animated series “Star Wars: The Clone Wars” back in 2006, he thought he knew what to expect.

Lucas, the creator and mastermind of the entire multibillion-dollar “Star Wars” operation, would give some initial guidance, notes and feedback and quickly fade away, moving on to tend to other aspects of his Lucasfilm empire. After all, it was a cartoon series aimed a kids, airing on Cartoon Network and regarded by many of the franchise’s older hardcore fans as a nice, but hardly essential, extension of the “Star Wars” experience.

Cheryl Strayed shifted uncomfortably in her chair onstage at the New York Public Library last week when host Paul Holdengraber mentioned the name “Elizabeth Gilbert.” Knitting her brow, she cocked her head to one side as if to inquire, “Where is this conversation going?” Holdengraber read a piece from the Eat, Pray, Love author that echoed advice Strayed gives readers under her nom de plume Sugar in herbeloved advice column on The Rumpus.

What Drinking Coffee Does to You:

The chances are that you saw the title of this article and winced a little. Usually, things which are enjoyable bring negative side effects to our bodies. Alcohol, chocolate and fast-food are all fine examples of things which are enjoyable at the time but have negative long-term side effects on your health. So how does coffee compete with these ‘naughty’ foods and drink?