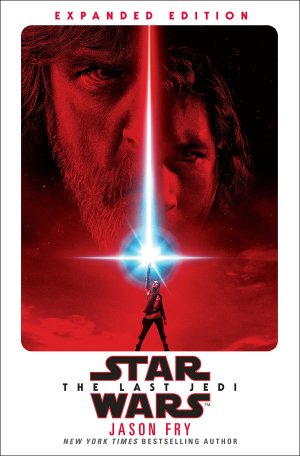 This review originally appeared on the Star Wars Report.

Novelizations for films can be two things, they can be straight adaptations of a film or they can bring context to the movie in ways that only a book can. Star Wars has a good history of this with some of it’s novelizations, Revenge of the Sith and Rogue One both being prime examples. Each allowed the reader to go deeper into the characters thoughts, expand scenes or even add new scenes that gave even more connective tissue to the surrounding scenes or material outside the film with comics, short stories or other novels. The release of The Last Jedi‘s novelization has followed in the footsteps of the aforementioned Revenge of the Sith or Rogue One novelizations and expanded on the movie to give readers an even fuller understanding of characters thoughts, motivations and whole new scenes.

Jason Fry’s Star Wars pedigree is unquestionable and his work on atlas’, visual guides, short stories, novels and much more speaks for itself. Therefore he was an inspired choice to write The Last Jedi‘s expanded novelization. What really works here is the way he’s able to incorporate the ancillary materials, comics, novels, young adult books which are all represented in some way, helping to make everything that came out in the Journey to The Last Jedi feel cohesive. A specific example is the way Rose’s story in Cobalt Squadron is used to play directly into Holdo’s plan and the reason the escape craft will be invisible to the First Order. This is just one instance, but Fry weaves many of these throughout the book and they enhance the experience, especially for those who have read most of these ancillary works.

Other expansions are the added scenes. There are two that really stuck out, one is the funeral for Han at the beginning of the book. It slowed down this part of the story and instead of it being a detriment, it was a blessing. Have that feeling that this was not just seconds after the end of The Force Awakens helped with the flow, that there was time for Rey to travel to Ahch-T0 and that the Resistance would actually be able to evacuate their base.

The second added scene comes at the very end as the Falcon escapes Crait. Leia makes her way to the cockpit and has a hauntingly beautiful moment with Chewie as they break down over the loss of Han, Luke and Ben. It’s powerful and honestly should have been in the film.

Some of this added material seemed to make this reviewer’s issues with the film even more complicated. There is a moment with Luke, as he’s on his way to Rey’s hut and when he get’s there he’s going to announce his intention to leave with her, which is amazing! Then, he gets to the hut and of course if one has seen the movie, he blows up the hut and goes right back to refusing to leave. The two scenes just don’t seem to flow together at all.

One plus is that we learn more about what Luke had been up to in the period between the two trilogies. Sadly, the impression we are left with as to why Luke restarted the Jedi Order leaves a lot to be desired. Luke still feels as incongruous with who he is at the end of Return of the Jedi if not more so with the revelations the novel gives us. 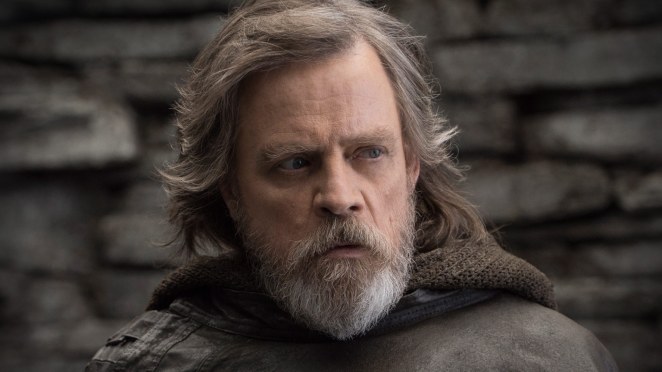 Fry adds a lot to the story but in the end, he can’t change the foundation of the film so it can only help so much. For those that liked or loved The Last Jedi this is a must read. If you didn’t like the movie, Fry’s ability to weave in so many references from other works makes this worth your time. And, in fact, he blew this review’s mind with a rumination Hux has about the Jedi and their link to the First Order stormtroopers. The novelization is rated 3 out of 5 stars.