Why C.S. Lewis Never Goes Out of Style: 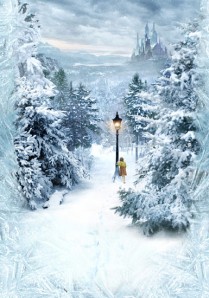 On that day, the developed world (appropriately) halted at the news of the assassination of the United States’ 35th president. The front page of The New York Times on Saturday morning, the day after the tragic shooting, read, “Kennedy Is Killed by Sniper as he Rides in Car in Dallas; Johnson Sworn in on Plane,” and virtually every other news service around the world ran similar coverage and developed these stories for days and weeks following.

16 Books To Read Before They Hit Theaters This Year:

Every year there are more and more movies based on books being released. Here are 16 books that have been turned into films that you should read, the books are always better than the movie.

I grew up in a fundamentalist environment. The church I was baptized in believed it was inappropriate for Christians to go to a movie theater. To this day, my grandparents maintain this standard as a bulwark against worldliness.

The library at my Christian school had a variety of books for children, sanitized for Christian consumption. Encyclopedia Brown made the cut, but all the “goshes” and “gee whizzes” were marked out with a heavy black pen. No second-hand cursing allowed. 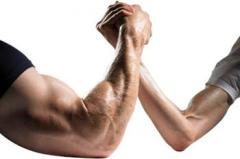 I like to be strong. At least I like to appear strong. You do too, I think. Most of us value strength and look down on weakness. We honor those who have their lives together and regard with suspicion those who do not.

Strength = good, weakness = bad. That is our functional formula. But it is not the Lord’s. 2 Corinthians 12 says it very differently: “ ‘My grace is sufficient for you,” said the Lord, “ ‘for my power is made perfect in weakness.’ Therefore I will boast all the more gladly of my weaknesses, so that the power of Christ may rest upon me. For the sake of Christ, then, I am content with weaknesses, insults, hardships, persecutions, and calamities. For when I am weak, then I am strong.”

Marriage is under attack. Marriage has always been under attack. The world, the flesh and the devil are all adamantly opposed to marriage, and especially to marriages that are distinctly Christian. Marriage, after all, is given by God to strengthen his people and to glorify himself; little wonder, then, that it is constantly a great battleground.