They can be a great people, Kal-El, they wish to be. They only lack the light to show the way. For this reason above all, their capacity for good, I have sent them you… my only son. Jor-El

The longevity of the oldest superhero is the focus of Superman: The High-Flying History of America’s Most Enduring Hero. In this book Larry Tye tells the history of Superman and his creators to explain how a hero in blue tights and red underpants has lasted for 75 years. So what is it? Why is Superman still impacting the world today?

Superpowers are just half of the equation. More essential is know what to do with them, and nobody has more instinctual sense than Superman of right and wrong. He is an archetype of mankind at its pinnacle. Like John Wayne, he sweeps in to solve our problems. No thank-you needed. Like Jesus Christ, he descended from the heavens to help us discover our humanity. He is neither cynical like Batman, nor fraught, like Spider-Man. For the religious, he can reinforce whatever faith they profess: for nonbelievers, he is a secular messiah.

Superman, for 75 years has been showing us, not telling us the way. His actions speak for themselves. Tye walks through every incarnation of Superman showing the why of the character and how each generation got the Superman that it needed. Tye looks at what makes Superman stand apart from the rest and what makes him different from every other hero in both major comic universes.

“That was what every DC partisan had dreamed of since the 1960s, when the world split into DC versus Marvel people, Superman versus Spider-Man. Here, thanks to the writers like Waid, Maggin and Loeb, was Superman who was not just in touch with his motivations, as Spider-Man was, but with his and our aspirations. Spider-Man had been telling us what he thought and felt in a way that seemed self-indulgent and even narcissistic. Now Superman was showing us in a way that made us want to listen and follow. ‘I don’t want to relate to a superhero,’ twenty-three-year-old Chris Clow, a political science major at Western Washington University, says in explaining why he prefers Superman to Spider-Man. ‘Superman continues to inspire men not because I can relate to him, but because I aspire to act as he does. He, and by extension the storytellers that have given him life, have taught me how to live well. Not financially, but socially. Spiritually. Morally. And I am better for it.

” ‘It’s the belief that with all the things that are wrong in the world there is still one thing that can’t be corrupted,’ explains Cholette.”

What was really interesting to me was the religious implications that Tye explores with Superman. Created by two Jewish men, the connection is undeniable. Tye does a marvelous job of delving into each iteration of Superman and in each one there is a savior that, that generation seems to be looking for. Most people think of comics as the realm of kids, fantasy and nerds, yet when we look deeper, superheros are telling us something about ourselves, our deepest longings and desires as humans play out from panel to panel.

This is a enjoyable, informative and thoroughly in-depth look at all that has made Superman the most popular superhero for such a long time. I recommend it to anyone who enjoys comics or just wants to understand ourselves a little better.

Our longest-lasting hero will endure as long as we need a champion, which should be until the end of time. 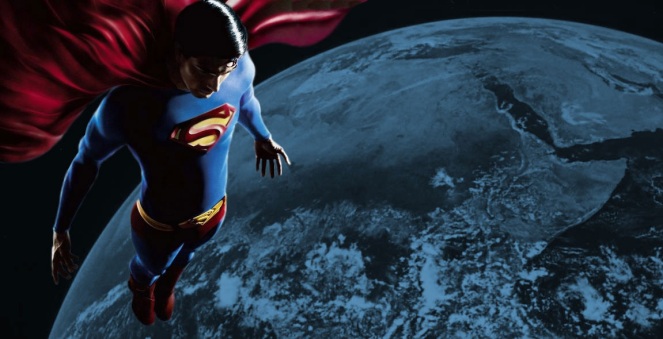