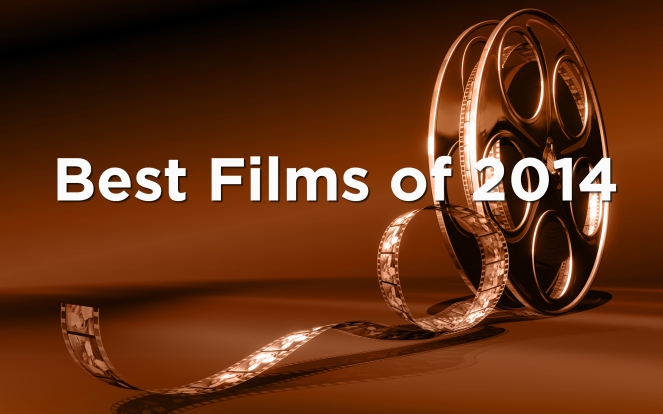 In all honesty I found it a struggle to come up with this list. This year was lackluster for me in terms of really good movies. Now, the movies on this list I did feel like were the real highlights. Here’s to hoping that 2015 is better in terms of blockbusters and indie films. Some of the films titles will link you to further content, be sure to check it out.

This movie had me thinking and marveling more than any other film of the year. In my original review I said, “Experimental and challenging, Interstellar is beyond, light years beyond anything seen in years. Nolan has made a movie for movie lovers. Inventive, beautiful and something that pushes the boundaries in thought and the craft” and this is still true.

No movie had a better portrayal of grace in the face of unspeakable tragedy and torture than this. Colin Firth and Hiroyuki Sanada play to perfection the horrors of war, the scars it leaves and the forgiveness that is needed to let go and live life to the fullest. It’s an amazing grace at work and the most powerful film of the year.

Not only was this my favorite superhero movie of the year, but it was the best Marvel movie for me so far. Marvel finally gets serious and gives us a movie with weight and substance. The issues of domestic spying and what we sacrifice in the name of security hit close to home. Chris Evans and Scarlett Johansson crackle onscreen together. Comic book movies have rarely been better.

Bryan Singer’s return to the X-Men franchise was a welcome one. After the disaster of X3 and the triumph of First Class there seemed to be two different franchises. Singer finds a way to connect all the treads and forge a new path for the series by honoring the past, while creating a new timeline. The Quicksilver scene alone is worth the price of admission.

Not only was it the best animated movie of the year, it was just plain fun. The messages of friendship and what make us truly special, our uniqueness, will make this a delight for children and adults for years to come. This film sets the foundation and the bar for the Lego movies that are coming in the future.

Adaptations are difficult, especially to beloved books. Luckily for the film they had author Gillian Flynn as the screen writer and David Fincher as director. The actors are splendidly wicked. Ben Affleck and Rosamond Pike play the despicable characters to perfection and the uneasiness of the ending may leave you breathless. This may be the only time I say reading the book could make the movie less enjoyable for knowing the plot twists beforehand.

This was the best adaptation of half a book this year. Not only was it a good film it was a timely one. The themes of revolution, civil unrest, propaganda and class warfare make this an important movie, beyond it’s connection to the Hunger Games series. I was surprised to find it was a stand out, especially being only half of the finale to The Hunger Games, but they truly made it work.

8. The Hobbit: Battle of the Five Armies

We visit Middle Earth one last time and Peter Jackson does not disappoint. Richard Armitage and Martin Freeman are sublime as Bilbo and Thorin. In the midst of all the spectacle it’s the small character moments that stand out and make this a good movie. Touching on themes of greed, loyalty and true friendship the saga comes to a worthy conclusion.

One word, Baymax. Honestly this movie is not revolutionary in it’s themes or it’s execution, but is fun. Baymax will have you rolling on the floor laughing with his fist bumps and cat comments and sometimes fun is enough.

I missed this movie in it’s theatrical run and was slightly turned off by the “Cruise factor”, but the good reviews finally won me over and I gave it a shot on blu-ray. Tom Cruise is actually a great casting choice and Emily Blunt was a fantastic in this sci-fi Groundhog Day. The ending may be a little weak but for the surprise this was, it is worthy of the list.

This movie was good. Brad Pitt, Shia LaBeouf and Logan Lerman are all well cast in David Aryer’s World War II tank film. This is surprisingly one of the most spiritual movies of the year, while at the same time not shying away from the harsh realities of warfare. Worth renting and grappling with.

This is one of the most honest movies about relationships I’ve seen in a long time. It can be very hard to be just friends, but the reward is also not to be missed. Daniel Radcliffe is astounding and Zoe Kazan will be your new favorite. If you missed this in 2014, see it on 2015

NORWICH, Vt.–Call centers are not, typically, very happy places—especially around the holidays. Workers have quotas to make, and often sit in bleak cubicles, headsets on, plowing through calls from stressed shoppers, as they count down the minutes until lunch.

But the employees in this call center in Vermont are rosy-cheeked and—can it be?—smiling. They field calls about misplaced packages and gluten-free dough, while surrounded by orange and red Thanksgiving decorations and a wall lined with baking gear that they’re allowed to borrow. They still have quotas—10 calls per hour, per agent—but they know they won’t get fired if they spend 45 minutes talking to a woman with cancer about baking, as one agent recently did.

An Answer to the Novel’s Detractors

Before we rush to condemn whole-hog the novel’s supposedly obsolete conventions, we ought look at how they function and what they do well.
Less than a hundred years ago, D.H. Lawrence called the novel “the highest form of human expression so far attained.” Jane Austen said that it had nothing to recommend it but “genius, wit and taste.” Today, even novelists themselves—maybe especially novelists themselves—are unlikely to make such large and unironic claims in favor of their art. It is no coincidence that many of the most exciting novels to have appeared in recent years—Karl Ove Knausgaard’s My Struggle series, Ben Lerner’s “10:04” and Sheila Heti’s “How Should a Person Be?”—have been distinctly un-novelistic, featuring protagonists who share many biographical details (and sometimes names) with the authors, and substituting the messiness of experience for conventional plots. Such “novels from life,” as Heti’s book was subtitled, reflect the authors’ exasperation with fictional artifice. “Just the thought of writing fiction, just the thought of fabricated character in a fabricated plot made me feel nauseous,” Knausgaard wrote in the second volume of “My Struggle.”

Is there anyone watching Gotham who could concisely summarize what’s going on in the show’s central overarching storyline—about the mob war between Carmine Falcone and Sal Maroni? The war connects to everything: the police corruption that plagues our protagonist Jim Gordon, the murder of Bruce Wayne’s parents, the machinations of lieutenants Fish Mooney and the Penguin. It’s tough to keep track of the sheer amount of behind-the-scenes machinations, and it’s tougher still to care. The show may even realize this. Ten episodes in, as it prepares to take a break until January, Gotham has transferred Gordon to work at Arkham Asylum among the city’s stranger criminals. That’s a promising new direction.

The Scientific Romanticism of ‘Interstellar’ 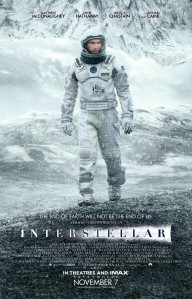 Interstellar, the new film directed by Christopher Nolan, attempts to say something profound about human relationships and meaning, a goal that by itself is worth celebrating. What the film tries to say is a little more ambiguous.

If Interstellar were a religious text, the dogma it encodes could be called something like “scientific romanticism.” This belief system would hold that science will solve all of our problems one day, even the ones that by definition resist empirical observation and thus exist outside the purview of science (see Sagan’s Contact for another dogmatic specimen). Scientific romanticism works well as a narratival contrivance, but when employed to spice up the lives atheists who otherwise think that they have a clearer-headed view of the universe than those troglodytic believers, it can expose the scarcity of meaning available to those who eschew belief in God.

The limits of buzz: How DC comics is winning its war with Marvel — on television

Marvel Studios’ announcement this week about what we can expect for the next nine years generated a lot of excitement — and for good reason. Marvel is finally bringing a film about a female superhero to the silver screen with Captain Marvel, and a black superhero, with Chadwick Boseman as the Black Panther. Marvel knows how to create buzz and market its films — not just each individual one, but the whole collection of them. Each film lays groundwork for the next; each has inside jokes that only make sense if you’ve seen the previous. And audiences love it: A quick scan of the box office take for all of Marvel Studios’ films offers very, very big numbers. Maybe it’s not worth the hype, maybe the films could be better, maybe film franchises are destroying cinema. But it’s working.

It’s interesting, then, that Marvel’s success with film doesn’t translate to television. And I don’t mean that Marvel’s one television show airing right now — the awkwardly titled “Marvel’s Agents of S.H.I.E.L.D.,” on ABC — is necessarily bad; it’s not great, but it’s fine. It’s more that DC, the Red Sox to Marvel’s Yankees, is absolutely killing it on television.

Fury at the Cross(roads): The Gospel in the Violence of History

The most religious film many moviegoers will see this year will not be an inspirational story from a faith-based production company; it will be writer-director David Ayer’s WWII tank combat epic Fury. And in some ways Fury is also a more compelling narrative about redemption than many of the sermons preached from Church pulpits on any given Sunday.

Fury is a slice-of-combat-life story that follows a few days’ action of a Sherman tank crew during the final campaign against Germany in April, 1945. The battle has turned into a seemingly interminable contest in which a defeated opponent refuses to quit, exacting casualties in pointless resistance. War weariness has exhausted not only men and equipment, but innocence and ideals. But Ayer, reportedly a Christian himself, isn’t just telling another war story. He is embedding and embodying the intersection of the grace of God with human history, history at its most violent and hellish.