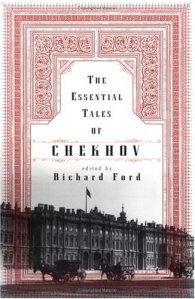 Say you are getting ready for a blind date or a job interview. What should you do? Besides shower and shave, of course, it turns out you should read — but not just anything. Something by Chekhov or Alice Munro will help you navigate new social territory better than a potboiler by Danielle Steel.

That is the conclusion of a study published Thursday in the journal Science. It found that after reading literary fiction, as opposed to popular fiction or serious nonfiction, people performed better on tests measuring empathy, social perception and emotional intelligence — skills that come in especially handy when you are trying to read someone’s body language or gauge what they might be thinking.

You Can’t Exhaust It:

Why do you think the news of God’s inexhaustible grace for an exhausted world has “never been more urgent”?

There’s a quotation that astonishes me every time I see it: Dr. Richard Leahy, a prominent psychologist and anxiety specialist, said a couple of years ago that “the average high school kid today has the same level of anxiety as the average psychiatric patient in the early 1950s.” Wow. There’s also a statistic The New York Times reported in 2007, showing that 30 percent of American women admit to taking sleeping pills before bed most nights. And that’s just the ones who admit it!

The Thirtysomething Teen: An Adult YA Addict Comes Clean:

As a full-grown adult, I’ve gotten my fair share of dubious looks and halfhearted utterances regarding my young-adult reading habits—“Oh, yeah, you like Harry Potter? So does my 8-year-old nephew!” “Sisterhood of the Traveling … ha-ha-ha-ha.” I’ve heard the behind-the-back jibes as well as the to-my-face criticisms that adult fans of YA are stuck in some sad adolescent existence and, quite possibly, bringing down the collective IQ of our nation by reading below our grade level. Or that we’re just weird.

Thanks to a video interview that Jett Lucas gave to Flicks In the City, the Internet is now abuzz with the idea that his father, George Lucas, will still be involved on some level withDisney‘s new series of Star Wars movies. The newsworthy bits are that George Lucas had actually been working on expanding the franchise a year before the Disney sale, and that Mr. Lucas is in constant contact with new director J. J. Abrams. We obviously don’t know to what extent Lucas will be hands-on or hands-off in regards to the next series of movies, nor do we know to what extent Lucas’s prior ideas, both the aforementioned work he did as well as the rumored already-written scripts for Episodes 7-12 that he had already compiled, will be utilized in the new series. But the question becomes, is a Star Wars film franchise without George Lucas’s involvement really Star Wars, or is it just a generic science-fiction franchise with familiar names and locales?

Lewis on Disordered Desire to Enter the Inner Ring:

One of the most memorable of C. S. Lewis’s essays is entitled “The Inner Ring.” It describes our common desire to be accepted within the “inner ring” of whatever group matters to us at the time.

To feel “excluded” or “out of it” is miserable. Yet the desire to be “in” can make you say things you would not otherwise say or not say things you should say. This desire to be on the inside of whatever group you aspire to join can affect your relationships at work, in the community, and in the church.

Just a few months ago, the concept of water-cooler television—where weekly episodes become communal, must-see live events that dominate workplace conversations—had become something of an anachronism, at least to those working behind the scenes.

In The New York Times’ August showrunner roundtable, Netflix’s House of Cards creator Beau Willimon declared the end of the singular, common viewing experience, which he argued had been replaced by smaller, “concentric circles” of conversation that better reflected how time-shifting technologies and on-demand options have fragmented audiences. (The rise of second-screen viewing, where audiences live-tweet Scandal, Pretty Little Liars, and more on mobile devices during the show, was said to be the new home for the collective experience.) Later that month, The Guardian excerpted a lecture from Cards‘ Kevin Spacey that touted the success of the Netflix original series as “kill[ing] the watercooler moment.”

It’s practically impossible to keep from comparing this second film in the rebooted Star Trek universe with the second feature film starring the original cast. However, the real seeds of Star Trek Into Darkness aren’t rooted in the soil of the second Star Trek movie, but rather “Space Seed”, the old episode from the original series and ground from which The Wrath of Khan also sprouted. Upon seeing this new film, connections between all three are easily established, but what also gets revealed is both our changing views as a culture and our unchanging nature.

Why I love Superman:

With this post we begin our two weeks of daily coverage of Superman, similar to what we’ve recently done with Star Trek and James Bond, counting down to the release of Man of Steel. When I first talked to the bots about doing this, one of them who shall remain nameless () actually asked, “What would you cover?” What couldn’t we cover? Literally, Supes is one of the few characters who we could write something about his history every day for a year and never run out of material. The only other characters in geekdom who come close to that are Batman and maybe Spider-Man.

The Plastic Fruit of Online Living:

Online, Jill is a joyful and encouraging believer. She advocates for the oppressed and raises money for the poor. Every Saturday she tweets about her service at the local homeless shelter. She posts Bible verses several times a day. Based on her social media interactions, her friends seem to love and enjoy her. 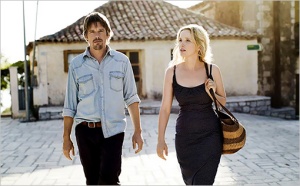 Richard Linklater’s 1995 film Before Sunrise and its first sequel, 2004’s Before Sunset, tell a pair of simple stories. In the first, a young American named Jesse (Ethan Hawke) strikes up on a conversation on a train with a pretty French girl named Celine (Julie Delpy). There’s a spark, and on the spur of the moment, he makes a suggestion: that she get off the train with him and spend the night walking and talking in Vienna. Intrigued, she takes him up on the rather risky invitation, and over the course of that night, they fall into something resembling love. In the second film, the couple reconnects nine years later, as Jesse (now an unhappily married father) spends the last few hours of his European book tour—he wrote a novel based on their initial encounter—catching up with Celine in Paris. That film ends with the hint that he might make a choice as daring as hers at the beginning of the first: to “miss that plane,” and hit the reset button on his entire existence.

It’s hard to believe that today (12/31) marks the 17th anniversary of the end of Calvin and Hobbes. While 17 years may sound like a long time, the strip has hardly dated at all. Instead, it is slowly but surely being recognized as the work of art that it is/was, and not just by us. The amount of expression and joy and humanity that Bill Watterson was able to wring out of those four panels over ten short years (1985-1995) is simply astounding. Mark my words: Calvin and Hobbes will go down as one of the abiding cultural achievements of our time.

What Not to Say to a Friend Who’s Getting Divorced:

Divorce is like cancer. Not because you’re sick, but because no one knows quite what to do with you when they see you.

Are you supposed to act like nothing’s happened when you see a friend who recently got a divorce? Do you throw your arms around them in the grocery store and tell them how sorry you are? Do you leave self-help books on their doorstep? Offer to counsel them through a Facebook message?

I Boldly Went Where Every Star Trek Movie and TV Show Has Gone Before:

Now I can tell you exactly why this franchise is great.

In the second episode of the seventh season of the fourth Star Trek television series, Icheb, an alien teenage civilian who’s been living aboard a Federation vessel for several months after having been rescued from both the Borg and abusive parents, issues a plaintive cry: “Isn’t that what people on this ship do? They help each other?”