Two perspectives on The Hunger Games:

Why Hunger Games is Flawed to Its Core: 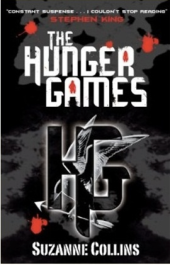 Almost everywhere I go, I’m asked about The Hunger Games (book, not film). The questions used to fly about Twilight and Potter, but Katniss and dystopic death-matches have taken over.

Amusing Ourselves at Their Deaths:

Neil Postman begins his ground-breaking – and still controversial – Amusing Ourselves to Death by famously pitting the dystopian vision of George Orwell’s 1984 against that of Aldous Huxley’s Brave New World. In summary, he noted that Orwell’s great anxiety was that the world would be controlled by fear and the suppression of truth, whereas Huxley suggested it would be manipulated through hedonism and distraction from truth. Big Brother inflicts pain, whereas the World State inflicts pleasure. Part 1, Part 2

I have heard it said that many well-known thinkers have only two or three key ideas that they develop from various angles throughout their lives. It might be asked: What are C.S. Lewis’s key ideas? I have chosen seven to summarize in this essay.

Joss Whedon on Comic Books, Abusing Language and the Joys of Genre:

Geeks love Joss Whedon. In his TV shows and movies — Buffy the Vampire Slayer, Angel, Dollhouse, Serenity, Firefly — he gives them not necessarily what they want, but definitely what they need.

His characters are smart and self-aware. He’s steeped in pop culture and has a clever way with the twists and turns of science fiction tropes. And he infuses the potential clichés of genre writing with emotion and heart. Plus, he writes female characters who kick ass, which makes him so rare as to besui generis in Hollywood.

The Age of Innocence:

The people who pioneered democracy in Europe and the United States had a low but pretty accurate view of human nature. They knew that if we get the chance, most of us will try to get something for nothing. They knew that people generally prize short-term goodies over long-term prosperity. So, in centuries past, the democratic pioneers built a series of checks to make sure their nations wouldn’t be ruined by their own frailties.

It’s a good time to brew beer in America. According to beer expert Julia Herz, U.S. brewing isn’t just on the upswing, it’s on top. “We’re now the No. 1 destination for beer, based on diversity and amount of beers,” she says.