The Problem with Christian Films

This past year has been the year of the Christian film. We have seen an explosion of Christian-themed and Christian-produced films, each seemingly more financially successful than the last. In the words of Scott Mendelson, box office analyst for Forbes.com, “I think we can safely say that 2014 is the year that Christian-themed religious pictures officially outnumbered comic book superhero films. I’m not sure if that’s a good thing or a bad thing, but it definitely is a thing.”

“If you were in a room full of books,” Lev Grossman writes in his latest novel, The Magician’s Land, “you were at least halfway home.” For Grossman, no books feel more like home than C. S. Lewis’s Chronicles of Narnia, which provide the template for what he likes to read—and how he wants to write. In our conversation for this series, Grossman explained what The Lion, the Witch, and the Wardrobe taught him about fiction, what makes Lewis’s work so radically inventive, and why his own stories must step through the looking glass into fantasy.

The sociologist Mark Regnerus recently published a piece for the Witherington Institute’s Public Discourse, suggesting that support for same-sex marriage in some Christian circles correlates to broader shifts in morality surrounding sexuality and relations. Survey respondents were asked to declare their level of agreement with seven statements relating to the issues of pornography, cohabitation, no-strings-attached sex, the duty of staying in a marriage, extramarital sex, polyamorous relationships, and abortion. The results illustrated pronounced fault lines between those committed to historic Christian stances on sexual morality and supporters of same-sex marriage.

I Quit Liking Things On Facebook for Two Weeks. Here’s How It Changed My View of Humanity

On August 1st, I announced that I was going to quit liking things on Facebook. At the time, I simply stated that I no longer wanted to be as active a participant in teaching Facebook how to advertise to me as I had been in the past, but another and much larger issue was my real curiosity: how was my Facebook experience going to change once I stopped feeding its engine with likes?

How To Keep the Spark Alive

Why do married couples have sex? And how can they ensure that they keep enjoying the sexual relationship throughout their marriage? This weekend I read through a pair of recent studies from the University of Toronto that offer some intriguing, though not shocking answers.

Why We Love to Read

I have watched the avid outdoorsman, the fisherman, come slowly drifting by. He goes by morning after morning, day after day, always at the same time, always casting into the same locations. He is patiently waiting for the big one, waiting for that hard strike, that long battle that will land him his prize.

If All Religions Are True, Then God Is Cruel:

The short film Most made its way onto the big screen more than 10 years ago. A brilliantly moving piece of cinema, the film tells the story of a single father who lives with his son in the Czech Republic. The pair share simple yet content lives together. The father works as a bridge engineer—he is responsible for raising and lowering a massive draw-bridge that allows ships and trains to pass at scheduled times. One day, the boy happened to be at the bridge with his father. As he’s playing outside, he notices a train rapidly approaching the station.

Why How I Met Your Mother’s Marshall and Lily Were TV’s Best Sitcom Couple: 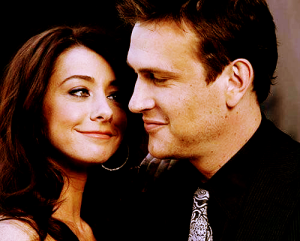 For many casual fans of How I Met Your Mother, the treacly plot of Ted seeking out “the Mother” grew unbearably manipulative, right up through the twists and turns of last night’s final episode. And yet, our nostalgic flame will burn on for many aspects of HIMYM, among them the awesomeness of Lily and Marshall. The married college sweethearts, played by comedy heavyweights Jason Segel and Alyson Hannigan, provided a model for happy but rarely boring coupledom, even as the show’s other characters fumbled romantically. For every obnoxious rom-com gesture that Ted attempted, Lily and Marshall were there to point out that the real thing is as messy as it is sweet.

Randall Wallace didn’t expect a rock-star reception when he went on the road to promote his faith-based drama “Heaven Is for Real” ahead of its Easter-weekend release.

Yet at the First Assembly of God Church in Phoenix, 9,000 congregants greeted the filmmaker with a standing ovation. A few days later, 11,000 boisterous students packed a convocation in the sports arena at Liberty University, a Christian college in Lynchburg, Va., where Wallace, best known for writing the 1995 battle biopic “Braveheart” and directing the equestrian drama “Secretariat,” spoke about “Heaven Is for Real.”

When Sarah McNally, the owner of McNally Jackson bookstore in Lower Manhattan, set out to open a second location, she went to a neighborhood with a sterling literary reputation, the home turf of writers from Edgar Allan Poe to Nora Ephron: the Upper West Side.

She was stopped by the skyscraper-high rents.

When I’m introduced to someone as a writer, a now familiar pattern of events often follows.

“Oh, really! How interesting!” the someone—let’s call her Jane—says, sounding quite enthusiastic. “What do you write?”

The titles are the links to the full article.

Science Reveals Why We Brag So Much:

Talking about ourselves—whether in a personal conversation or through social media sites like Facebook and Twitter—triggers the same sensation of pleasure in the brain as food or money, researchers reported Monday

John Calvin wrote that the human heart is an idol factory. He was right.

Throughout history, we have bowed down to golden cattle, celestial beings, stone animals, and even human body parts. With the passage of time, the number of ways we exchange worship for the one true God for lesser, false gods has only increased.

Maurice Sendak Scared Children Because He Loved Them:

It is rare for an artist to remain beloved throughout his lifetime. Attitudes shift and tastes evolve. As they do, even hallowed creators and entertainers watch themselves become relics in their own time.

How to Win the Public on Homosexuality:

“President Obama’s support for same-sex marriage is making headlines but not news. That’s probably because he was in favor of same-sex marriage before he was against it and now in favor of it again. Campaigning in 1996 for state senate in Illinois, Obama said in a typed statement, “I favor legalizing same-sex marriages, and would fight efforts to prohibit such marriages.” Running for statewide and then national office apparently changed his perspective, at least temporarily.” Here is other link on the president’s announcement  – Evolution’s End?

This is the oldest Maya Calendar Ever Discovered:

For years, archaeologists have referred to an ancient set of texts known as the Maya codices to study that ancient civilization’s relationship with astronomy and time. But now, a team of archaeologists has discovered a set of murals, hieroglyphs, and astronomical calendars deep in the rainforests of Guatemala, that predate those texts by hundreds of years.

The question itself is open to misinterpretation. Christians and non-Christians alike tend to hear “Christian worldview” and assume that this refers to Christian film as a subculture, a genre of its own, focusing on strongly redemptive and openly evangelistic or biblical storylines (for example, Fireproofand the Left Behind series).

Why fiction is good for you:

Is fiction good for us? We spend huge chunks of our lives immersed in novels, films, TV shows, and other forms of fiction. Some see this as a positive thing, arguing that made-up stories cultivate our mental and moral development. But others have argued that fiction is mentally and ethically corrosive. It’s an ancient question: Does fiction build the morality of individuals and societies, or does it break it down?

Most Read Books in the Last 50 Years Infograph:

This is a video that I ran across called “Bad Art and the Tortured Beauty of the Cross“. Thought provoking and well done, well worth the ten minutes it takes to watch. It is also a good site to follow for book reviews, news and thoughts on the world today from many of the church’s most interesting minds.

I have added a second video that further discusses the arts and the “Christian” bubble.