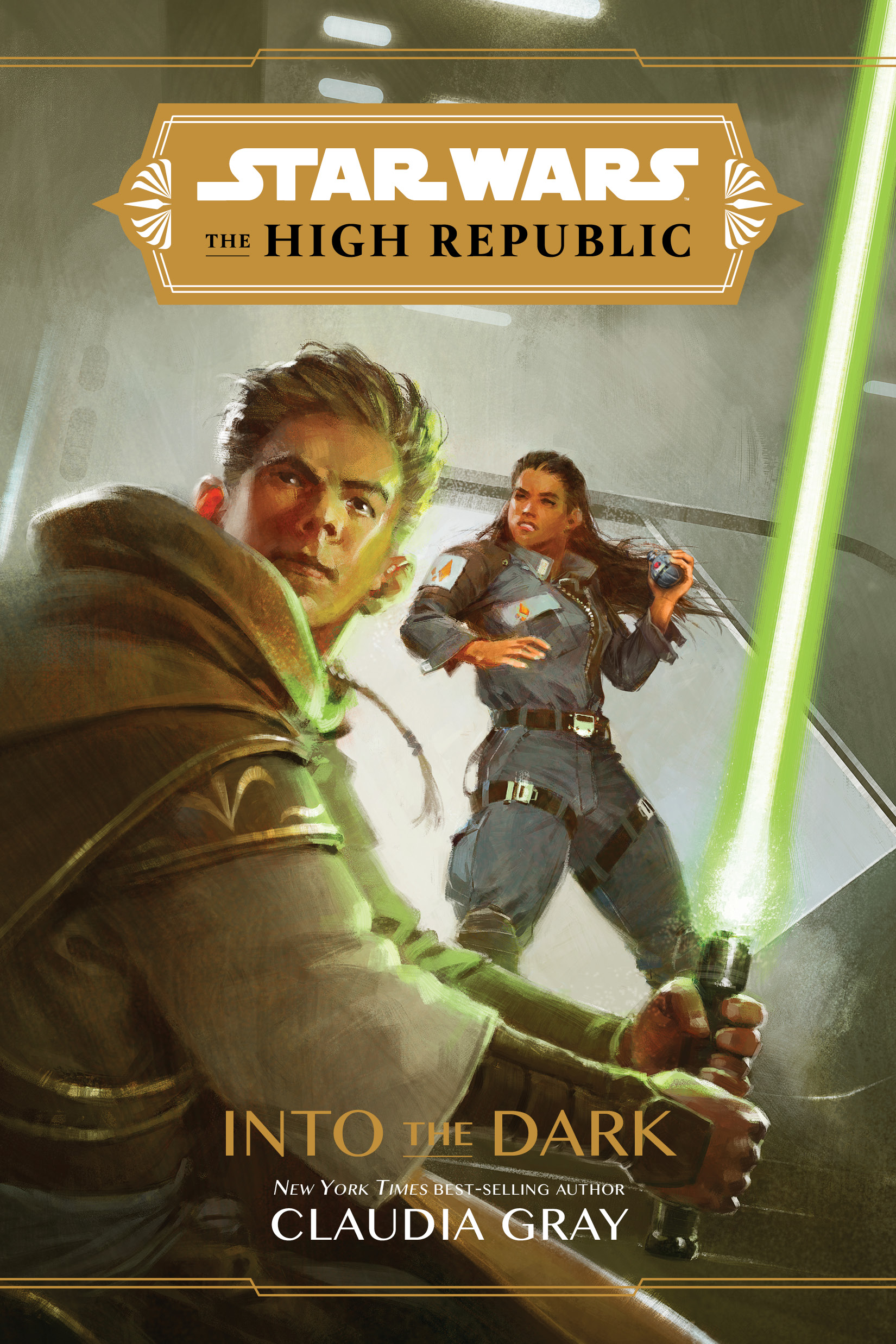 There have been two books in The High Republic time period so far, both were released on the same day to kick off the series. Light of the Jedi was an adult novel and A Test of Courage was a middle-grade novel. Into the Dark is the first young-adult novel in the series from best-selling author Claudia Gray. The story follows a group of Jedi who have hired a ship to take them to Starlight Beacon for it’s opening. On the journey they are waylaid by the Emergences, causing them to fall out of hyperspace at an ancient space station that holds mysteries who’s uncovering might signal doom for more than just our intrepid crew.

Gray’s novel is character driven first and foremost. We are introduced to Padawan Reath Silas who is traveling to join his master Jora Malli, the recently named Jedi leader of Starlight Beacon. He’s joined by Jora’s former Padawan Dez Rydan, as well as Jedi Knight Orla Jareni and Jedi Master Cohmac Vitus. Jareni and Vitus have a history with the area of space around Starlight Beacon which Gray expounds upon through interludes that take place twenty-five years before the current story.

The absolute best thing about Gray’s book is how the story feels completely driven by the characters. This is a story about these Jedi in The High Republic, their insecurities, failings, fears, arrogance, compassion, love and struggles with what it means to be a Jedi. Gray really gives readers a taste of what it is like to be a Jedi in this era, how they are different that those we’ve seen before, yet she plants seeds that connect with what they will become.

One of the themes from the previous books was the idea, “We are all the Republic”. In, Into the Dark, Gray takes this theme and instead of just having the phrase said by a character, she shows readers what that looks like through the actions taken by the characters throughout the story. It’s an incredible example of thematic writing and one of the most important keys to writing which is, “show don’t tell”.

Into the Dark, chronologically takes place in the same time frame as Light of the Jedi. This allows the book to give us more detail on the Nihil while also introduce readers to a new villain, the Drengir. Coming into this book, I was not sure how they would make the Drengir work. From the information we’d been given before the book’s release, it just felt like a bridge too far for even Star Wars. Yet in Gray’s deft hands, it works! In fact, it fits perfectly with what we’ve already seen in a previous book, The Mighty Chewbacca and the Forest of Fear!

Into the Dark is the best book in The High Republic series so far. Claudia Gray will have you falling in love with the characters, which in turn helps root you in this era in a way that I personally hadn’t been able to do so far. I couldn’t put this book down. I hope that moving forward, The High Republic will take this story as touchstone and continue to craft stories from character arcs first. Regardless whether you have read the other two book, I highly recommend Into the Dark and it is rate 4 out of 5  stars.

This review was completed using a copy of Into the Dark provided by Disney Lucasfilm Press.