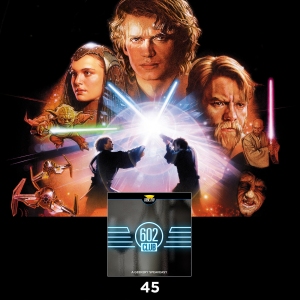 Revenge of the Sith.

As May 19th 2005 approached, Star Wars fans eagerly awaited what was believed to be the last film in the Saga. The end had come and the only question was whether it coould satisfy the imaginations of a generation.

In this episode of The 602 Club host Matthew Rushing is joined by Jedi Masters Bruce Gibson and John Mills to talk about Revenge of the Sith. We discuss our Episode III experiences, the end, personal themes, the fall of Anakin and the Republic, speculation about Episode VII, in light of The Clone Wars, Mustafar scene, missing scenes and our ratings.