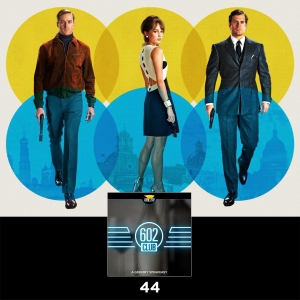 The original television show The Man From U.N.C.L.E. ran for four seasons from 1964 to 1968 and was conceived of as James Bond on TV. It found a loyal following of fans and because of this had been in development for a feature film for over 20 years, finally finding it’s way to the silver screen in 2015.

In this episode of The 602 Club host Matthew Rushing is joined by super spies Alice Baker of Educating Geeks, John Champion of Mission Log and Norman Lao of Warp 5 to talk about Guy Ritchie’s The Man From U.N.C.L.E. We discuss the history of the show and development of the movie, the spy, period spies today, coming together and give our ratings.