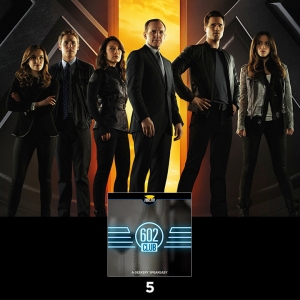 In 2008, Iron Man came sauntering on to our movie screens and the Marvel cinematic universe was born. Flash forward to the fall of 2013 and Marvel’s Agents of S.H.I.E.L.D. hit television screens promising big-time Marvel action in your living room each week.

In this episode of The 602 Club, host Matthew Rushing is joined by Darren Moser and Norman Lao to talk about Marvel and Agents of S.H.I.E.L.D. Together we discuss the continuity the show shares with the films and the problems that causes, as well as the benefits. Darren shows the world why the panel should be writing for television as they dig into the characters and, lastly, we wonder if Agent Carter should have been on the show all along.