Single, Satisfied, and Sent: Mission for the Not-Yet Married:

If you’re single, Satan is after you.

Okay, he’s after all of us, but there are some unique dangers in singleness — especially in unwanted singleness. He loves to deceive and discourage single people in the church and derail our devotion and ministry. But God intends to use you, your faith, your time, and your singleness in radical ways right now, as you are.

Inside Secrets of the Making of Star Trek II: Wrath of Khan and “Space Seed”!

Star Trek II: The Wrath of Khantowers over the history of movie space opera. But where did Star Trek‘s greatest villain come from, and how did the movie resurrect him? Sociology professors John and Maria Jose Tenuto have spent months researching the real-life history of Khan, and they shared tons of inside information with us. Plus never-before-seen behind-the-scenes photos!

Iceland is trying to ban internet pornography, and people all over the world are outraged. Supporters think it’s a good idea that will protect children and women; opponents don’t like the consequent implications against the freedom of speech and expression. While the US has not started a national campaign to ban internet pornography, many of the hot-button issues on our own political table revolve around the same question: What kinds of freedom (and how much of it) should we support? The debate is equally sticky in Christian circles. Should we vote against same-sex marriage, abortion, or free-reign of internet pornography? Should we force our “morality” onto others who don’t want it?

How Disney Bought Lucasfilm—and Its Plans for ‘Star Wars’: 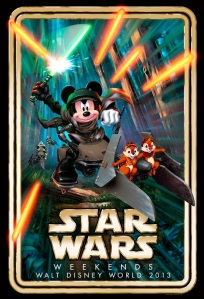 One weekend last October, Robert Iger, chief executive officer of Walt Disney (DIS), sat through all six Star Wars films. He’d seen them before, of course. This time, he took notes. Disney was in secret negotiations to acquire Lucasfilm, the company founded by Star Wars creator George Lucas, and Iger needed to do some due diligence.

The movies reacquainted Iger with Luke Skywalker, the questing Jedi Knight, and his nemesis Darth Vader, the Sith Lord who turns out to be (three-decade-old spoiler alert) his father. Beyond the movies, Iger needed to know Lucasfilm had a stockpile of similarly rich material—aka intellectual property—for more Star Wars installments. As any serious aficionado knows, there were always supposed to be nine. But how would Disney assess the value of an imaginary galaxy? What, for example, was its population?

What Does it Mean to Abide in Christ?

The exhortation to “abide” has been frequently misunderstood, as though it were a special, mystical, and indefinable experience. But Jesus makes clear that it actually involves a number of concrete realities.

First, union with our Lord depends on His grace. Of course we are actively and personally united to Christ by faith (John 14:12). But faith itself is rooted in the activity of God. It is the Father who, as the divine Gardener, has grafted us into Christ. It is Christ, by His Word, who has cleansed us to fit us for union with Himself (15:3). All is sovereign, all is of grace.